Join us virtually for the 29th annual presentation of the Inland Empire Economic Forecast, presented by Dr. James L. Doti of Chapman University. Dr. Doti will be reviewing the economic impact of 2020 and offering insight into the forecasted trends of 2021. Dr. Doti will also review how these predictions may influence businesses in the Inland Empire and California. 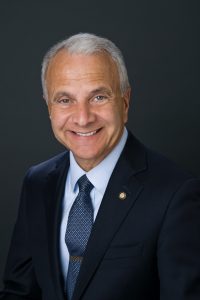 Signing up for the event will grant a unique passcode for access to the presentation on January 26th at 2pm, connecting guests directly to the virtual conference. Immediately following the 2021 Inland Empire Economic Forecast, there will be a live Q&A session where participants may submit questions directly to Dr. Doti for him to address.

Hosted by ORCO Block & Hardscape and the BIA Riverside Chapter, the forecast utilizes the Chapman Econometric Model to analyze the Inland Empire, state of California, and the U.S. economies to provide local businesses and organizations with the information they need to make more effective planning and investment decisions for their businesses.

For ORCO Block & Hardscape’s customers only, the cost of registration will be paid by ORCO. Upon receipt of each RSVP, ORCO will send a status confirmation.

Ranked #1 among forecast agencies for more than a decade, Chapman’s Economic Forecast has provided unrivaled insights into the economies of the Inland empire, California, and the U.S. Between 2004 and 2016, Chapman’s real GDP forecasts were more accurate than the forecasts issued by all 22 agencies participating in the Blue Chip Economic Indicators surveys. Chapman also ranked #1 for its forecasts of four variables that significantly influence the overall U.S. economy:  real GDP, the unemployment rate, inflation (as measured by the GDP price deflator), and housing starts. Over the most recent 10-year period from 2007 through 2016, Chapman stood at #2 in both the real GDP and four-variable forecast rankings. Learn More.

James Doti earned his B.S. degree in economics from the University of Illinois, Chicago, and his M.A. and Ph.D. degrees from the University of Chicago. He was an Edward Hilman and National Science Foundation Fellow while at Chicago. He joined Chapman in 1974 and in 1978 founded the University’s Anderson Center for Economic Research which, under his leadership, has become nationally recognized for its scholarly research and economic forecasts. Dr. Doti’s articles have appeared in many academic journals as well as business publications such as The Wall Street Journal. He also co-authored books entitled, Econometric Analysis – An Applications Approach and The Market Economy – A Reader, which received the Templeton Honor Award for Scholarly Excellence. Dr. Doti is a leading figure in the Orange County business and academic communities. He also serves on the boards of several corporations headquartered in Southern California.

Sponsored by ORCO Block & Hardscape and the BIA Riverside Chapter.